Why Books Matter for the Long Run 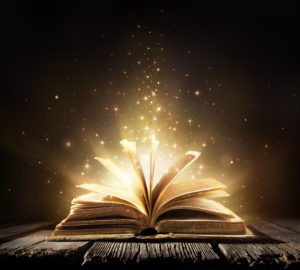 Book publishing is a business and increasingly a technical one, but at its heart it is an art, writes Peter J. Dougherty in this opinion piece. He is the editor-at-large at Princeton University Press, for which he was the director from 2005 until his retirement in 2017, and currently sits as the Fox Family Pavilion Scholar and distinguished senior fellow at the University of Pennsylvania.

Why have Eric Schmidt, Meg Whitman, Reid Hoffman, John Doerr and other leading technologists resorted to the venerable (some would say backward) practice of book-writing to communicate their visions? Why did Mark Zuckerberg introduce a quaint book-of-the-month feature onto the runaway train of Facebook? Why does Bill Gates regularly pen long, thoughtful book reviews in a whirlwind communications culture fueled by texts and tweets?

How have books survived the information tsunami, and what will authors and publishers have to do to leverage the success of books for the long run?

The answer resides in a seemingly incongruous combination of traits: First, in the time-honored authority of influence books hold among readers; and second, in the ways in which disruptive technological change can strengthen rather than weaken that influence.

The internet, having upset the culture and economics of books aplenty, has, in a stroke of Schumpeterian “creative destruction,” spawned a new and multi-dimensional market for them. This new market includes ebooks, books in digital library aggregations and indices, audio books, combined audio and digital editions, international editions, translations into growing language markets such as Chinese and Korean, all supported by online excerpts, Book TV, curated merchant sites such as Amazon, podcast services and a lively digital worldwide book discussion culture.  The book review in your local newspaper may have disappeared, but it’s been reborn online and lights up like a digital pinball machine when a book gets attention.

Moreover, much as the internet belches oceans of dubious information, the best books now pay a social dividend by constituting a kind of intellectual reserve currency to challenge all that is fake, fraudulent and fractious. For example, in the free-for-all of presidential political commentary, the publication of Bob Woodward’s perennial books predictably punctuates this raucous conversation with facts and informed judgment. Books, trading on an ancient lineage, but thriving on the very technology bibliophiles feared, now buttress a public conversation beset by havoc and uncertainty. 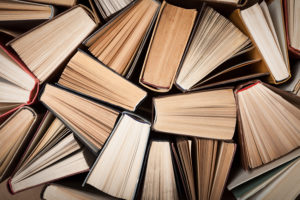 If understanding the durability of books means recognizing the authority of their influence, charting their future in the ever-shifting information undertow means knowing how this influence renews itself. The first lesson for prospective authors is that books establish their influence within their core readerships. While books intended as all things to all people usually end up appealing to none, those that imaginatively pinpoint and engage knowledgeable communities of readers have the chance of achieving success, because it is within these core communities that influence takes root and spreads.

Authors of serious nonfiction and scholarly books interested in seeing their writing succeed need to realize that the goal of connecting to core readers remains supreme, but the means of reaching them change constantly. To the extent that authors get this message and work with their publishers to maximize it, they will promote the vitality of books for the long run. Doing so requires an appreciation for what changes in the book market, what persists and how these forces interact.

Most authors are justly preoccupied with book sales, but sales result from…

CLICK HERE TO CONTINUE READING
This article was originally posted on wharton.upenn.edu.