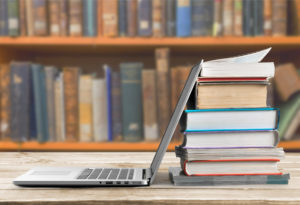 With ‘bookstagramming’ becoming a force in marketing, are designers making covers more colourful, bolder and cleaner, to stand out on our screens?

To paraphrase John Waters: “We need to make books cool again. If you go home with somebody and they don’t have books, don’t sleep with them.” It’s a funny sentiment, but one he may feel has finally been achieved, as books – and their covers – have become something of an accessory.

The rules of book cover design change decade by decade. Covers from the 1990s now look colourful and almost too busy (the wardrobe of the Fresh Prince of Bel Air would be a close aesthetic comparison). Tim Kreider, writing for The New Yorker in 2013, identified a lull in book design in the early 2010s that was exemplified, as he saw it, by a crop of white covers with simple lines of text (think Malcolm Gladwell or Haruki Murakami).

For a time, it seemed that eBooks and kindles would displace their physical counterparts, but this didn’t quite come to pass.

For a time, it seemed that eBooks and kindles would displace their physical counterparts, but this didn’t quite come to pass. Like the recent revival of zines, the encroach of digital has resulted in a renewed appreciation for the physical – and beautiful. Part of this has been in direct response to eBooks; a tactic to boost the sales of physical books is to remake them as desirable objects, and a way to make objects desirable is, of course, to make them aesthetically appealing. But social media – specifically Instagram, which promotes the coveting of beautiful covers on hashtags such as #bookstagram – is putting a new emphasis on cover aesthetics. We no longer need to go home with someone in order to see their bookcase.

“With social media, people display their books in more places than their personal libraries at home. They’ve almost become an accessory in some cases,” says Rachel Willey, a designer behind covers including Patricia Lockwood’s Priestdaddy (the title takes the form of a nameplate necklace against a freckled chest) and Melissa Broder’s merman-romance The Pisces (a woman passionately embracing a fish).

“If I don’t like the cover, I won’t photograph it and put it on my feed,” says Femke Brull, a “bookstagramer” who runs @booksfemme. While she won’t avoid promoting a loved, if less-attractive book, she opts for a snap of the title page instead – even if it is less memorable than a beautifully covered counterpart. And she will “pay extra” for what she considers a better-looking edition.

“I plead guilty to buying multiple copies of a book because I’ve seen an edition floating around that is prettier than my own,” Emily Klump (of @litinquiry) says. I’d do this too; I was disappointed when my own copy of Patricia Lockwood’s Priestdaddy arrived, with a cover that wasn’t Willey’s design.

CLICK HERE TO CONTINUE READING
This article was originally posted on TheGuardian.com.