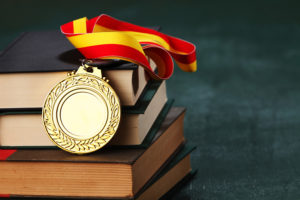 Every year the National Book Foundation features a few fresh faces or unfamiliar names among the nominees for its annual literary prize. This time around, though, there’s a twist. One of the actual National Book Award categories is something readers have not seen for quite some time: a prize for a work in translation.

Not since the early 1980s — that heady (and brief) era when the prize was renamed the American Book Award — has the National Book Foundation formally recognized translated literature. The group hasn’t even added a new category, period, for more than two decades.

But this November, when the organization holds its ritzy gala in New York City, honors will be doled out to one exemplary work of fiction or nonfiction that has been translated into English and published in the U.S.

For now, 10 books remain in the running for that prize.

That’s the case for the classic categories, as well. Check out the longlists of nominees for the National Book Awards below, and check back here on Oct. 10, when the finalists are expected to be announced.

Tommy Orange, There There

Carol Anderson, One Person, No Vote: How Voter Suppression Is Destroying Our Democracy

Colin G. Calloway, The Indian World of George Washington: The First President, the First Americans, and the Birth of the Nation

CLICK HERE TO CONTINUE READING
This article was originally posted on NPR.org.